Skip to content
Home
Features
Andy Watts: To age or not to age
Features People
The estimated reading time is 6 minutes

Whisky Master Andy Watts reflects on the pros and cons of aging… and also considers the plight of NAS whisky and life and death.

I find myself on a flight back to Cape Town – one of my first flights in over a year and as I reflect on life slowly returning to a semblance of normality, I pondered some thoughts about No Age Statement (NAS) whisky.

Firstly, as humans we don’t have the option whether to age or not. This leads to the big question:  what role does age play in determining the quality of our life? There is no doubting that we all peak physically at some stage in our lives and not all of us at the same time. Similarly, as with whisky! 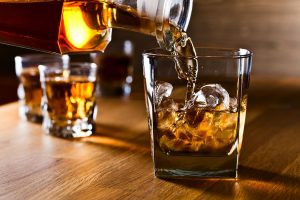 There is the sport superstar at school but who, after school, simply forgets about it and never participates in sports ever again. And then there is the child who only starts playing sport in the latter years of school and continues being physical until their body tells them to stop.

The 12 stages of life… and whisky

The book “The 12 Stages of Life” by Thomas Armstrong fascinates me and I thought to “borrow” some of those stages for a short analogy between life and whisky!

All the above explains life/whisky but it does not at any stage give a guarantee to the exact moment where the quality of life/whisky will be at its best!

Other factors such as the continuous evolvement of whisky also play a role. We now have “New World” whisky producers – whisky producers outside of the traditional whisky making countries of Scotland, Ireland and America. These countries include Australia, Taiwan, Japan, India, Sweden, Europe, England and South Africa. The growing interest in whisky has seen a boom in craft distillers across the globe.

So, what constitutes whisky?

Sharing with the angels

If one considers the climates of whiskies produced in some of the New World Whisky countries and the effect these warmer temperatures have on maturation, one understands  why there are no age statement whiskies from countries such as India and Taiwan. Their climates give the Angels a very hearty 12% plus each year of the aging whisky, leaving very little whisky left to bottle if aged too long. In South Africa, the Angels’ Share loss is on average 4% to 5% per year whereas in cooler climate countries such as Scotland and Ireland, the loss is around 1.5% to 2% per year.

So, what impact does that have?

In addition to losing more alcohol resulting in the liquid that remains being naturally more expensive, climate does play a role during maturation. A whisky matured for 10 years in a warm climate country, for example, will be quite different to a whisky aged for 10 years in cool climate country. So how would an age statement guide anyone there to what is or isn’t the quality of that whisky?

The business of whisky has been around for centuries with the first written reference being in 1494.  Interesting to note, that until 1914 -1918, the aging of the spirit in wood was not compulsory, meaning that there were no age statements before that!

Once maturation was made compulsory the distilleries continued to produce however, they were compelled to look a little bit into the future and to consider what would they be selling in three years’ time? Sometimes they got it wrong and had a shortage of whisky and other times ended up with a surplus of whisky. Very rarely are forecasts accurate. It brought in the practice of reciprocation between distilleries, swopping new make spirit or matured whisky, between distillers, for other aged whiskies. The distilleries kept on producing and aged stocks became a part of the industry.

And so started the era of age statement whiskies and the obsession (and subsequent snobbery) which came with it.

If you weren’t drinking 18-year-old this or 21-year-old old that, you weren’t living, and you definitely did not know what good whisky was!

Then, along came a new emerging global market of consumers. Countries like South Africa which from being a brandy and wine dominated consuming country, rocketed into the top six, at one point, of countries consuming the most Scotch whisky by volume. No Scotch producer could have foreseen this. The emergence of India and China as consumers amplified the effect on stock levels!

In modern-day business where the accountants’ pencils are far sharper than in the golden days of aged whisky, the whisky stock is money and tied-up capital. The questions are asked by those accountants “why do we have to age whisky for 21 years when we can sell it at any time after only three years”? Craft distillers generally do not have the luxury of patient bank managers and whilst their spirit is maturing to become whisky most turn to producing gin as a source of cash flow until the clock ticks to three years and one day.

Whisky is subjective and I don’t believe there is one whisky for every occasion. The world of whisky is a journey and taken responsibly can last a lifetime. Yes, you may be fortunate to try one of those “Mid-Life” or “Mature Adulthood” whiskies but will that age claim guarantee you a better quality of whisky?

My own personal reflection is that the only real correlation between age and whisky is the price and both age and price are just selling tools. The world is currently experiencing a shortage of older malt and grains whiskies, so many blenders are now looking at the style of their whisky and not just relying on an age claim. For me personally it is a good thing as it enabled me to take Bain’s Cape Mountain Whisky from “Pre-Birth” to “Early childhood” and release something different without any fear of an industry backlash!

NAS whiskies are here to stay – just keep an open mind (and don’t fixate on age) but most importantly enjoy and make up your own mind on where your quality of life/whisky is determined!