With bans on selling alcohol in South Africa still continuing, Tobias Gorn was commissioned by The Three Drinkers  to take a look at our fascinating, unique drinks industry and shine a light on one of the most exciting spirits brands coming out of the country today: Copper Republic. 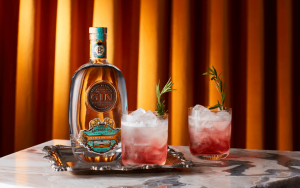 The oldest of the New World wine and spirit producing countries; the Mediterranean of the southern hemisphere with great subtropical areas, beautiful landscapes and stunning flora and fauna; a rich history and culture and over 300 year old Dutch colonial farmhouses; vineyards older than some modern European countries. As you’ve probably guessed by now, I am indeed talking about South Africa and one of its finest parts: the Cape. South African wine has a rich and long history as the oldest of the ‘New World’ winemaking regions, but few people know about the fantastically rich history and diversity of its spirits.

The Spirit of South Africa

Right now, you can find world class whiskies, some unique brandies and wonderful gins; the latter with their local fynbos typicity. I am very lucky to be invited regularly to judge and consult in South Africa, as it is one of my favourite wine and spirit countries. The landscape is breathtaking and the wineries and distilleries have often retained their historic Dutch farmhouses and great gardens. On top of that, every winery and distillery has a nice restaurant and is usually set among wonderful countryside. The service is good and the people are very polite, friendly, and great fun too. It’s one of my favourite holiday destinations, with so much to see, from the Table Mountain to the Kirstenbosch National Botanical Garden and the wineries of Constantia. A detour to Boulders Beach to see the penguins, popping down to the Cape of Good Hope and the Cape Point Lighthouse and a visit to the World of Birds Wildlife Sanctuary in Hout Bay on the way back to Cape Town is a wonderful journey with many unforgettable things to see.

Unfortunately the recent pandemic and some questionable political decisions by their leaders made the local drinks industry suffer as a result of consecutive bans on selling alcoholic drinks. But instead of moody political comments, it’s time to write about this amazing country, to show support and raise greater awareness of its wonderful spirits. 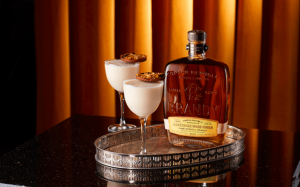 Brandy is perhaps the longest produced spirit locally, given that they’ve had wines since the early settlers of the 17th century. The records show that the first wines were dated 1659 and so, not unexpectedly, brandy distillation began soon after. The stills are a bit different but still similar to other big and famous brandy producing regions and the diversity of styles is great. It is hard to define a singular style but from what we tasted, South African brandy is usually a smooth, fresh and floral, zesty and aromatic spirit, different from the over-caramelised examples of some other European counterparts. Often underrated, South African brandies are sometimes aged in slightly more adventurous casks than just French oak and so with all this comes a great price point and a new field to discover.

Copper Republic is one of the smaller, more artisan producers and they have some stunning expressions in the Zula Cape Brandy range. They are clean and long-aged, fine examples that can stand up to any international brandies. The Honeybush Wood Finish Brandy from Copper Republic is a Cape Pot Still Brandy finished in the local honeybush wood, giving it a truly unique local twist. giving it almost a sense of ‘terroir’. It is clean and rich with floral and fresh grape notes followed by some peach and mango and plenty of spices. The honeybush wood has a nice soft influence, not overpowering but more of a complement to go along the main spirit aromas and flavours. It is a great brandy to have with a medium-bodied cigar and it can be a brilliant base for a Sidecar, not to mention a good old brandy sour (actually, it is much better than just chucking some discounted VS cognac in there). There are plenty of cocktail options, but this is a spirit that is made to be enjoyed how it is and it will not disappoint a seasoned brandy or even whisky drinker. The alcohol is nicely integrated and the flavour elements are all in harmony. Expect beautiful oak spices, fresh, ripe apples, as well as toffee apples, white peach, and apricots. This is a great example of South African brandy with a real local twist. It won a well-deserved gold at the World Brandy Awards in 2020. It is also tremendous value for money. 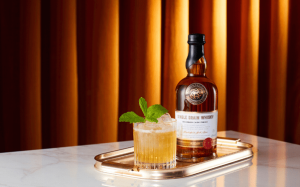 Whisky is a popular drink in South Africa. Maybe the Brits are to blame, or maybe it’s because it’s a great drink and South Africans have a taste for finer things. Regardless of that, there are more and more local whiskies produced here and some of them are outstanding. Given the climate, the angel’s share is a bit higher but maturation is also quicker than in Scotland so it is not necessarily a bad deal. Bains and Three Ships are the bigger brands and some won World’s Best at the World Whiskies Awards, showing that whisky from South Africa should be taken seriously.

Single Grain whiskies have a reputation for only being good for bulking up blended Scotch, traditionally. It’s true that there are still many light, neutral grain whiskies out there worldwide, distilled to a remarkably high strength in continuous column stills and aged in 2nd or 3rd filled casks, which hardly impart anything except faint vanilla notes and a light-yellow hue. They are usually cut down to 40% ABV and are gentle at best, if not dull. This example is definitely not one of those. It is time to think again. The Copper Republic Single Grain Whisky is a small batch whisky with a premium aim at 43%. Distilled from local yellow maize (corn) and matured in freshly charred and second fill ex-bourbon casks, one could say it might be closer to a great Bourbon whiskey than a Scotch but I’d like to say that it is truly South African in its own right. Made to be sipped like a single malt, it is truly the best of its kind. The tasting note from the World Whiskies Awards describes it thus: “on the nose there is buttery fudge, caramel and freshly split vanilla. The soft, sweet, candied palate is instantly attractive, with a pleasant fudge and coconut hit. Earl Grey tea, sea salt caramel, tons of vanilla and ginger spice.” There is indeed a nice spicy edge to the wonderful, smooth but pretty pronounced palate of this beauty and it well deserved its award in 2020.

Gin is fashionable and it’s sad that some critics are shouting about a bubble about to burst, but we are happy that they are wrong. There are still many gin brands popping up globally and sales are still going up. However, the situation with South African gin is a bit more complex and it goes back in time a long way. Just think about the Dutch settlers and the British Empire; both were obsessed with gin and imported the idea of gins to South Africa centuries ago. Some of the modern gins are trying so hard to be different and we’ve tasted many weird and wonderful concoctions that claim they are from a different continent using some botanicals that are so unique to them that other distillers don’t even know about it. Desperate and sometimes boring. It is rather refreshing to see people using their locality and turning their indigenous herbs into parts of their botanical bill. Similar things happen in the Swiss and Austrian Alps, where they use local herbs and berries to create a genuinely local product. The local fynbos vegetation of the Cape is perfect to inspire some gins with a great local twist. These ‘fine-leaf’ plants love the local Mediterranean weather and there are over 8000 different types of them so there is plenty to pick from.

The African Dry Gin is a lovely example of a modern dry gin with some traditional botanicals and a local twist. Eleven botanicals have been used, most grown in the rich red soils of the Western Cape. It is round and smooth and that 43% ABV is justified. The wild rosemary, confetti bush and local Buchu plant, which is reminiscent of blackcurrant, work together beautifully with the juniper, citrus, coriander and honeybush. A crisp dry gin with a nice long finish and a sense of locality. Brilliant in a classic G&T with the local Indian tonic water brand Fitch & Leedes and it is wonderful in a dry martini. It’s no surprise that it picked up World’s Best Signature Botanical Gin winner at the World Gin Awards 2020.

The Rooibos and Grapefruit Gin is a harmonious fusion of South African Rooibos and Cape ruby grapefruit combined with rare fynbos botanicals and African ginger root. Some flavoured gins can end up being as sweet as a liqueur and infused with manmade flavourings, but not in this case. It is a natural, artisan small batch product with a great balance between the juniper and other spicy gin elements and the rooibos and grapefruit. This is a full-bodied example with a more earthy approach, a round and big texture and plenty of fruit, sweet root notes and a nice warming finish. Try it on the rocks with a wedge of grapefruit or with the Fitch & Leedes Grapefruit Tonic for a full citrus explosion.