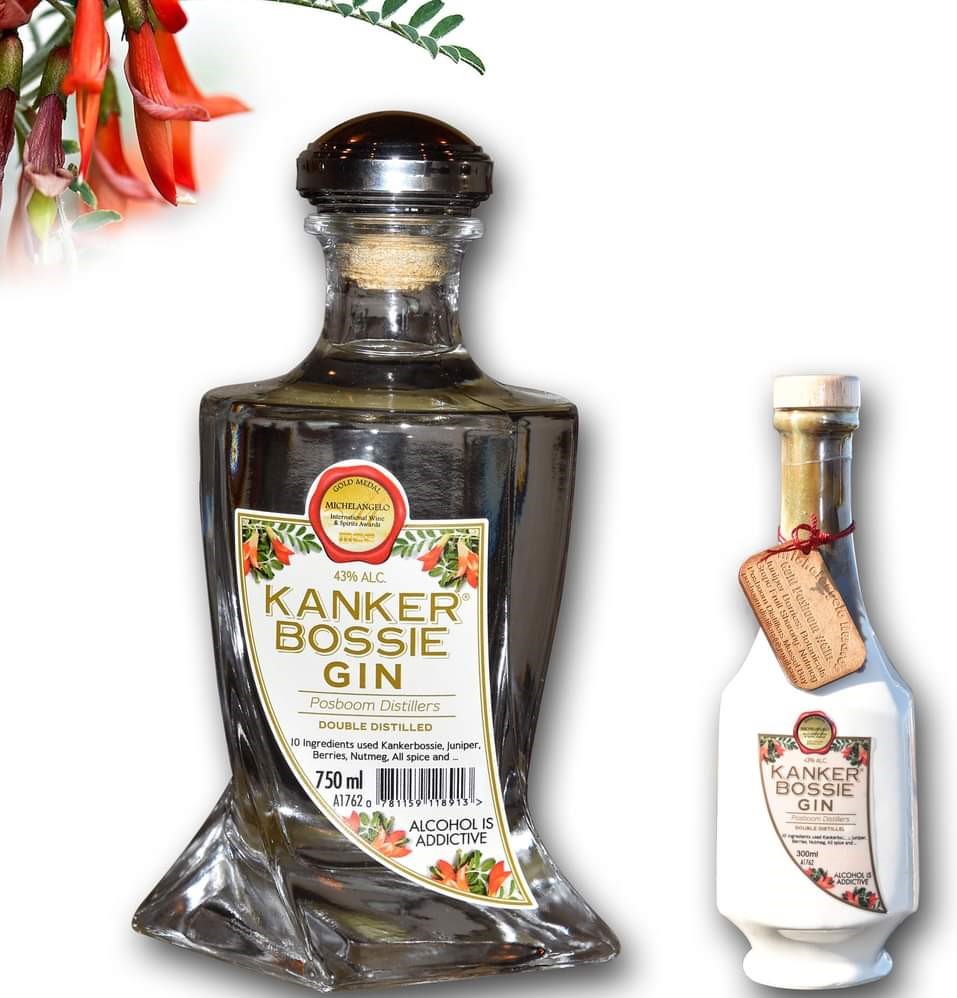 South Africa's first Kankerbossie Gin was launched in 2020 year and made its mark by winning a Michelangelo 2020 Gold medal.

Piet van der Walt, owner of Posboom Distilleries in Mossel Bay, says the unique gin was selling out faster than he was able to produce it, that is,  until the second alcohol ban was imposed on the industry in December 2020. 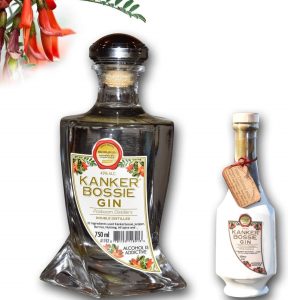 Piet explains that the Kankerbossie Gin, which is presented in an elegant, heavy bottle, has a slight viscosity, as a result of the high oil content in the leaves of the Cancer Bush plant.

After distilling - when diluting the product to achieve the required 43% ABV - the Kankerbossie’s oily residue caused a few challenges as the addition of water resulted in the gin becoming cloudy. “But,” says Piet, “I finally worked out how to circumvent that problem! The traces of oil in the final product is the part which contains the healing properties of the plant.”

The gin is distilled with eight different botanicals, including Cannabis Tea (“just to calm us all down a bit” says Piet) and wild aniseed, with which he creates the Posboom signature liquorice aftertaste, found in all his products.

Kankerbossie (Sutherlandia frutescens) or Cancer Bush, is an indigenous plant known for its many healing properties, especially in traditional medicine. The shrub has bitter, aromatic leaves and  vibrant red-orange flowers which appear in spring to mid-summer.

Other products from Posboom Micro Distillers:
Gin-it! (A gin and tonic spirt cooler)