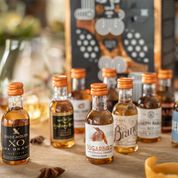 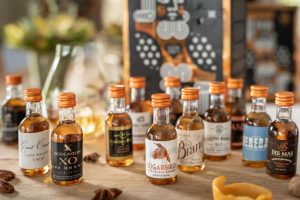 What to give that friend or colleague who seems to have it all? Consider Sugarbird’s twelve mini versions of South Africa’s top brandies, presented in an eye-catching gift box – certainly a gift which is hard to beat!

Launched by Sugarbird Distillery late in 2020, the collection showcases the diversity and heritage of the country’s oldest spirit, sourced from various regions around the country.  With this unique gift box, Sugarbird not only made its first foray into the brandy category but also added its own newly-released XO 14-year-old pot still brandy.

The 40ml mini brandies in the gift box, which range from three-year-old blended brandies to 15-year-old potstills, have cumulatively won more than 70 international and local awards! The box features a mix of established heritage brands, including Boplaas, Oude Molen, Backsberg, Groot Constantia and Southern Cape Vineyards, balanced with the diversity of new craft distilleries which have sprung up as part of the boom in craft spirits in the past decade: De Vry, Die Mas, Barrydale Distillery, New Harbour, Incendo and Sugarbird. Each brandy is also accompanied by tasting notes. 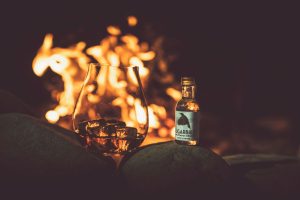 “We have not only curated South Africa’s first brandy box, but it is also the first time that a brand has partnered with others to bring fine brandy to consumers for their enjoyment,” says Sugarbird CEO Matt Bresler.

“From ‘brandewyn by die braai’ blended brandies to potstills for sipping neat – our collection offers a journey and an education to the established brandy drinker, as well as for the newly converted.”