Skip to content
Home
Can Flair Bartending make the transition from Social Media to the Post-Pandemic Bar Scene?
Return to Directory 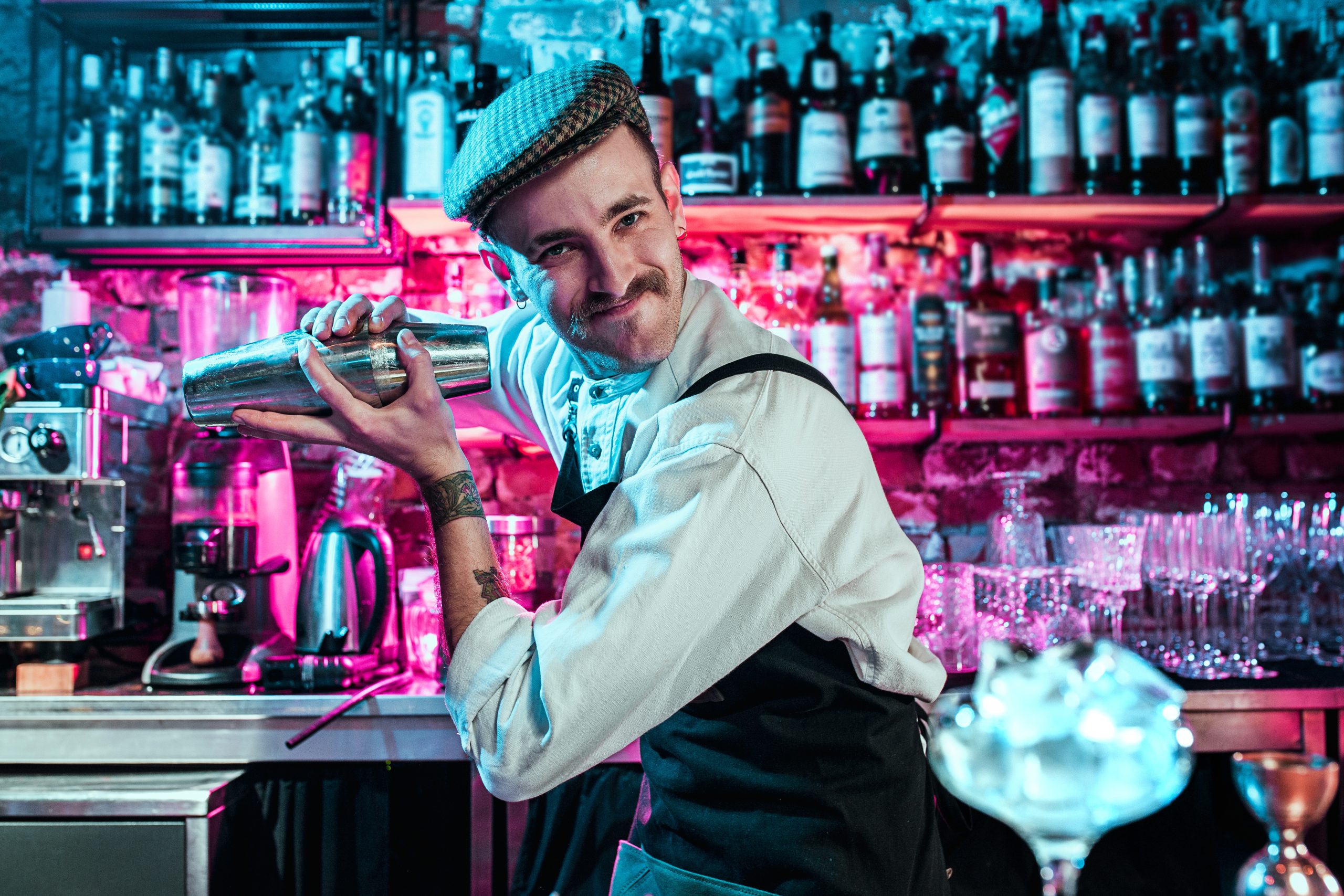 Listing Category
News
Short Description
For the last 20 years, cocktail culture has trended toward the deadly serious. Before the pandemic, bartenders-turned-mixologists would craft sophisticated tipples with niche spirits in hushed neo-speakeasies.
Description 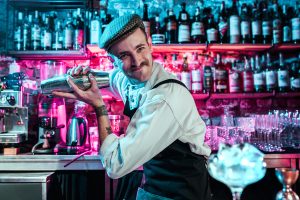 For the last 20 years, cocktail culture has trended toward the deadly serious. Before the pandemic, bartenders-turned-mixologists would craft sophisticated tipples with niche spirits in hushed neo-speakeasies.

But these days, if you scroll through certain corners of social media, you might be convinced we’re living in the bottle-throwing, shots-on-fire days of Cocktail and Coyote Ugly.

Championed by TGI Fridays in the 1980s, and peaking in the 1990s, flair bartending combined juggling, showmanship and even a bit of magic to create a flamboyant style that was perfect for the boomtime era.

Over the past two decades, that subculture retreated largely to cities like Las Vegas and the international competition circuit, where bartenders perform elaborate choreographed routines, often to thumping electronic music, in front of cheering fans.

Championships like OlyBet Flairmania and the World Flair Association Grand Slam, with their timers, color commentators, intense judging panels and global slate of competitors, feel like some high-stakes hybrid of poker, UFC and figure skating.

The pandemic paused such events, but TikTok and Instagram have emerged as unexpected hotbeds of the style. The hashtag #flairbartending has 226 million views on TikTok and counting.

“I think that flair bartending and social media platforms are a perfect marriage, because of their short-burst ability,” says Chris Cardone, who tends bar at New York City restaurant I Sodi and teaches flair bartending.

The pandemic, he says, “has allowed bartenders more free time to create new flair routines,” which allows them to “let [their] creative energy flow.” These trick-filled demonstrations feel like a twist on the platform’s viral dance routines.

Flair can be too time-consuming for a real-world bar setting, but TikTok has afforded bartenders the chance to indulge their showboating sides.

French bartender Anne-Lise Jouenne (@annelise_bartender7) has 281,200 TikTok followers. She received more than three million views for her bottle-tossing videos, many set against iconic backdrops like the Eiffel Tower and the Louvre.

TikTok rewards interactivity, so Jouenne’s engaging videos often inspire “duets” from fans. “Sometimes it’s serious, but most of the time it’s funny because they try to do very difficult things without any practice,” she says.

Netherlands-based bartender Milou Roberts has practiced flair since 2016 and counts herself among “a small group of crazy Dutch folks who are training and competing.” A relative newcomer to social media, her humor-filled Instagram account (@cocktailsbymelone) includes catchphrases like “What time is it? It’s shot o’clock!”

With many bars closed, “there is much more engagement between flair bartenders on social media,” where they interact through challenges, comments and online courses, she says.

“I don’t want to sound cheesy, but I love the flair community,” says Roberts. “They are like family for me.”

Zack Prohaska, the Toronto-based bartender behind Cocktails & Dreams (@cdbartending), a bartending school that offers a robust flair program, believes the pandemic changed attitudes toward everything in hospitality, including flair bartending.

“It showed the importance of engaging your guests and learning something new,” says Prohaska. “I was going into a record-breaking year, and then Covid came in and deleted all of that. But being able to flair opened up my business to virtual events.”

Prohaska moved his bartending school online in May 2020, and flair quickly emerged as his most popular course. Companies soon started to hire him for mixology workshops to boost morale for Zoom-weary employees.

“It was like, ‘Who’s gonna want to sit on the computer and watch me throw bottles around?’ ” he says. “It’s been the busiest event season of my entire life.”

Flair can be too time-consuming for a real-world bar setting, but TikTok has afforded bartenders the chance to indulge their showboating sides.

“Most of my viral videos are me doing exactly what I teach bartenders not to do,” says Prohaska with a laugh. “I like to tell my bartenders, obviously, speed comes first. Don’t get caught up with the flair.”

In his most viral post, a follower challenged Prohaska to make a rum and Coke “super extra.” For a full minute, he bounces bottles off his biceps, juggles shakers, catches a lemon on a knife, and balances the completed drink on a barspoon on his chin. The video has been viewed almost 14 million times.

“Most of my comments are exactly what I teach people,” he says. “ ‘Bro, hurry up and make my drink.’ ”

Now that millions have watched people flip bottles online, will they expect this when they return to bars?

“Call me a surly flair veteran, but I have a ‘we’ll see’ kind of attitude with almost all bartending trends,” says Cardone. “There are a lot of people, myself included, who believe 2022 will be very similar to the Roaring Twenties. I think more people will be out, spending more and celebrating the end of the pandemic, which certainly does create an environment that is conducive to flair bars and flair bartenders.”

“Without a doubt, the majority of guests in New York City strangely root against you when they see you flair,” he says. “They would much prefer to see you drop or break a bottle than successfully complete a flair move or technique.”

Success in a post-pandemic world may involve a subtler form of “working” flair, as it’s called in the business.

“I see it catching on, but not the flair that everybody thinks of,” says Prohaska. “Not the juggling and stuff. The proper techniques.”

From the way you manipulate the jigger to how precisely you cut your pour, every bit of style grabs attention, says Prohaska. Customers may not know that they’re witnessing flair technique, but when people see something “slightly more elegant or stylized,” they’re more inclined to tip better, he says.

Simple moves like tossing a cocktail shaker from hand to hand or twirling a jigger is flair bartending shrunk down to size—a purely aesthetic move designed to grab attention.

“What I envision is that a very service-based style of working flair will continue to grow and become a standard of service at bars,” says Cardone. “A bartender who can make great balanced cocktails with a very high level of hospitality who can also flair is a very rare thing and something that I hope we start to see more and more of. Fingers crossed.”