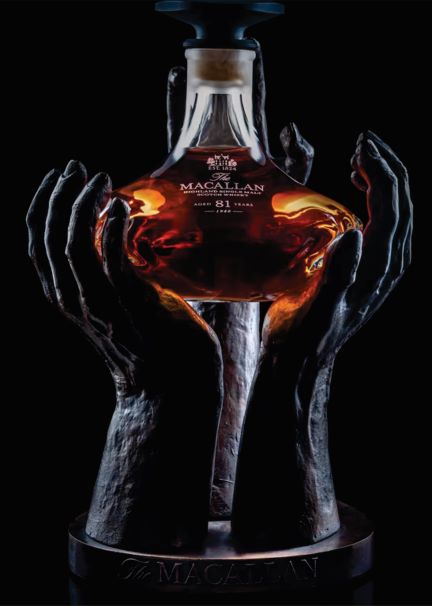 Listing Category
News
Short Description
Single malt Scottish whisky distillery, The Macallan, has released The Reach, an 81-year-old whisky. This is the world’s oldest single malt whisky, having been produced during the early days of World War 11 and laid to rest the cask in its Speyside distillery.
Description

In 1940 - the early days of World War 11 - Germany invaded Norway and occupied Denmark. The world was on fire as the German Blitzkrieg raged through Belgium and the Netherlands and rationing was introduced in the UK.

In that she same year, The Macallan distilled and laid to rest the cask that would become known as The Reach. For the first time in its history the Speyside distillery was forced to temporarily close for almost three years between August 1942 until March 1945.

This unique whisky has been released for sale and is on display at The Macallan Estate Boutique. Just 288 decanters are available, as the estate's oldest ever whisky.

The release of the whisky has broken the record for the world’s oldest single malt Scotch, previously set by an 80-year-old Gordon & MacPhail expression released last September.

The Macallan’s rare whisky is made from a single Sherry-seasoned oak cask and comes in a decanter supported by a bronze sculpture of three hands. Each hand represents people from the brand’s history, including the distillery workers of 1940 who were behind the spirit; chairman Allan Shiach; and current master whisky maker Kirsteen Campbell, who selected the 1940 cask for The Reach.

Campbell said: “Created during a turbulent time in the world, this extraordinary expression showcases The Macallan’s history, ingenuity and unmistakable strength of character.

“The creation of many hands, The Reach has been a truly collaborative effort. It’s also a tribute to the people who made this precious whisky, and their enduring spirit which never wavered. “Its deep auburn hue is the first hint of this remarkable whisky’s astonishing depth. Offering notes of dark chocolate, sweet cinnamon and aromatic peat, leading on to treacl

The Reach is currently on display at The Macallan Estate Boutique, followed by the brand’s Boutique stores in domestic and travel retail locations. In October last year, The Macallan premiered a chocolate-inspired whisky as part of a new series of single malts.